If you’re looking to invest in the gold industry, it’s time to consider royalty companies, such as Sandstorm Gold. Royalties are a less risky asset class than owning a mine. The company’s project is in Turkey, which has historically been a solid mining jurisdiction, despite recent political unrest. The company also has an excellent domestic project partner and has received environmental approval, both of which are crucial for long-term growth.

On August 8, 2022, Barrick Gold Mining is scheduled to release its second quarter results, including a discussion and analysis, or MD&A. The conference call is being recorded, and investors can listen to it later in the day. Mark Bristow, CEO of Barrick, is scheduled to give the call.

In a separate report, the company said its second quarter results were in line with its previous guidance. The company reported net earnings of $488 million, or $0.27 per diluted share. During this period, 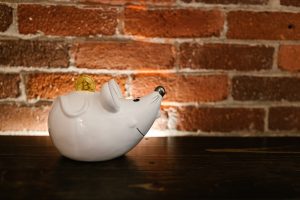 Barrick sold 1,040K oz of gold and produced 120 million pounds of copper. It also increased its operating cash flow by 44.6% year-over-year, or $924 million, and increased its cost of sales by 1.04 million ounces. The company indicated that it remains on track to meet its guidance for the production of gold and copper by 2022.

But as with any investment, there is a risk of loss. While gold prices have climbed higher this year, there are other factors that could negatively impact revenue for gold miners. One of these factors is the rising cost of labour and freight. This has pushed up AISC, or All-In-Sustaining-Costs. Barrick’s ASCI has climbed by six percent to $1,026 per ounce.

Sandstorm Gold Royalties 2022, a mining company, has recently released its first-quarter financial results. The company sold gold equivalent ounces during the first quarter of 2022, accounting for approximately 18% of its sales from Canadian mines. The remaining 61% of Sandstorm’s gold equivalent ounces came from South American mines.

The company’s net income improved over the same period last year, due to increased revenue. Additionally, it realized a $22.9 million gain on the sale of royalty assets. The sale of the royalties assets included 34 million shares of Sandbox and a $31.4 million convertible promissory note. This transaction also created an opportunity for Sandstorm to surface its value concern assets.

In addition, Sandstorm recently acquired Nomad Royalty Company for $1.1 billion. Nomad’s royalty assets include seven mines that are currently producing. This acquisition is expected to improve Sandstorm’s scale and portfolio diversification. The deal is expected to close in the second half of 2022.

Freeport-McMoRan is a global mining company with operations in North America, South America, and Indonesia. It also explores for metals and oil. Its assets include mines in Indonesia, offshore California, and the Gulf of Mexico.

As of the end of August, Freeport-McMoRan’s gold stock was holding up rather well. However, the stock has lost a lot of ground this week. Although it recovered slightly on Friday, it is still down 11.6% on the week.

Freeport-McMoRan (FCX) is a mining giant based in Phoenix, Arizona. Its share price has recently surged to near $50. It is the second largest copper producer in the world, accounting for approximately 7% of total copper production. The company’s revenues are heavily dependent on the commodity cycle. While its stock price has surpassed its peak levels from 2011, it is still far from reaching its previous peaks.